Kaiser’s smiling coffee pot, the AEG ‘honeycomb logo’, the lettering at the Berlin Reichstag (Dem Deutschen Volke / To the German People): everybody knows these design icons that were created by the Hamburg-born artist and autodidact Peter Behrens. The 150th anniversary of the great German designer and architect’s birth will be on 14 April 2018. His work from around the turn of the century leading up to the Werkbund exhibition in Cologne in particular left a mark on the history of art and design.

From 1896 onwards, at an exhilarating speed, Behrens went from being a painter and graphic artist to becoming an artisan, typeface designer and architect. Conceived as a gesamtkunstwerk and carefully designed down to the smallest detail, Behrens’ home was the sensation at the opening of the Darmstadt Artists’ Colony in Mathildenhöhe, instantly making his name known internationally. In the following years, he worked in almost all areas of design, developing, for example, corporate design  – long before the term existed – for linoleum manufacturer Anker-Marke and, from 1907 onwards, for AEG, where he would take care of all corporate design aspects: he not only developed the sensational architecture of the AEG Turbine Factory, but also designed electric kettles, lamps and radiators, as well as posters, stationery and poster stamps, all of which will be shown in the exhibition.

Presented in eight different thematic spaces, the exhibition at the Cologne Museum of Applied Arts (MAKK) will feature around 230 objects, including exhibits from the museum’s collection, for example the Schmiedmayer “Salonflügel” piano (1901) from the music room of Behrens’ home in Darmstadt, and also very early furniture designs, graphic art, textiles, tableware and cutlery. Furthermore, the show will include five sets of glasses from the MAKK’s large glassware collection, among them the famous Aegir drinking glass service with carafe and a one-off glass tumbler from 1901. The exhibition will also include high-profile loans from other institutions: for example, the coloured woodcut Der Sturm (1896) and the bench that was shown in the 1902 Turin arts and crafts exhibition, both coming from the Museum für Kunst und Gewerbe Hamburg; or the drinking glass service “with broad gold-plated rim” (1902) and the brooch with floral motif (approx. 1900) from Die Neue Sammlung – The Design Museum, Munich.  There will also be objects from private collections, among them pieces that have never before been seen publicly.

The focus will be on Peter Behrens’ early oeuvre, in particular on his stylistic transition from art nouveau to early modern objectivism. Furthermore, the exhibition will also highlight the traces he left in the Rhineland.

A collaboration between the MAKK, the LVR Industriemuseum Oberhausen and the Krefeld art museums (staging their own exhibitions in April and May 2018, focusing on complementary themes), the exhibition is part of the prologue for 100 jahre bauhaus im westen (100 years of Bauhaus in the West), a collaborative project involving a number of Northrhine-Westphalian institutions.

The MAKK will be publishing five themed brochures, dedicated to aspects of Peter Behrens’ work that have not been published before. All twelve thematic brochures in a slipcase (including the brochures developed by Industriemuseum Oberhausen and by the Krefeld museums), will be published in May 2018 by Verlag Kettler. 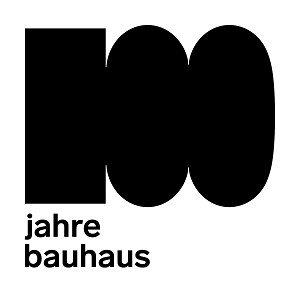