There was a reason why Willy Fleckhaus (1925-1983) was nicknamed 'Germany’s most expensive pencil'. Like no-one else, he defined the visual culture of the 1960s, 70s and 80s. Willy Fleckhaus amalgamated the rationale of Swiss graphic design with American editorial design, thus becoming an international role model for at least one generation of magazine and book designers, advertisers and photographers.

The name ‘Willy Fleckhaus’ is inextricably linked to magazines such as the legendary twen youth magazine, which was founded in Cologne, the German weekly illustrated Quick magazine (during its good years), or the supplement of the Frankfurter Allgemeine Zeitung and to book series like edition suhrkamp, known for its rainbow-coloured covers, exhibitions at the Cologne photokina trade fair or to the corporate identity of WDR (Westdeutscher Rundfunk).

A cooperation with the Museum für Kunst und Gewerbe Hamburg (MKG) and the Museum Villa Stuck, Munich. The exhibition will take place in Hamburg from 20 January to 7 May 2017 and in Munich from 1 June to 10 September 2017. 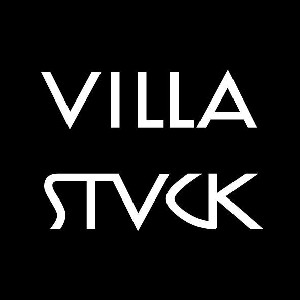 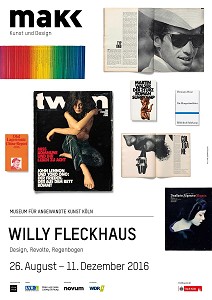