The most iconic shape redesigned

As one of the most recognisable shapes, the circle has had various meanings throughout human history. This shape is fundamentally made up of points that are at the same distance from its centre, what is called the radius. Its curved contouring lines make it unlike any other known form. It contains no edges and so, in theory, has no limitations. Used to describe the shape of our planet and our understanding of time, the circle can also symbolise how we come together as a community, standing together around a fire or sitting around a table to share knowledge and collaborate.

In The Circle exhibition, collective design network and studio Dutch Invertuals has chosen to focus on these ideas. Designers from throughout Europe, who have participated in their past thematic exhibitions and programmes, have been asked to consider what the circle means to them. In this process, they’ve thought outside the box about how this shape is informed by design, material, composition, production, and collaborative work. Many have also investigated what the circle signifies when it comes to addressing social, cultural, political, and environmental issues.

Presented at the MAKK from January 17 to April 24, 2022, The Circle exhibition includes 18 projects by 20 international designers trained in The Netherlands and Germany. For Wendy Andreu and Germans Ermičs, the circle refers to a seemingly improbable yet tangible continuum. The mathematical Möbius strip phenomenon served as a critical source of inspiration for both talent’s contributions. Collaborators Audrey Large and Théophile Blandet chose to express the quality of balance in electrically-charged, intertwined, illuminated, and particle-formed shapes. The concept of harmony influenced Rogier Arents, Sander Hagelaar, and Laura Kluge. Exploring fundamental archetypes and distilled relics, Bram Vanderbeke, Willem Van Hooff, and Edhv / Architects of Identity are interested in the circle as the sum of its parts. Challenging the ever-expanding influence of digital systems, Philipp Weber, and Anna Resei reestimate the future-proof potential of sustainable materials and handicrafts. Johanna Seelemann seeks to strike a balance between virtual and physical worlds by finding an interplay between high and low technologies. While Elly Feldstein, Carlo Lorenzetti, and Christian and Jade view this form as a way of better understanding and accommodating social interaction, Elena Blazquez sees it as a way of facilitating a new level of comfort and creating safe spaces. Moon Seop Seo is interested in emulating the cyclical patterns of water to bring serenity back to our cities.

The works on view range from formal interpretations to conceptual exploration, from the expressive to the experimental. Directed by Dutch Invertuals founder Wendy Plomp in collaboration with co-curator Christoph Brach, The Circle exhibition reveals how design can be used as a tool that allows us to perceive our world in different ways.

About Dutch Invertuals
Dutch Invertuals is a design studio from Eindhoven, Netherlands. Together with a growing network of more than 90 design specialists they bundle creative thinking and develop international research and concept-driven design projects.

The exhibition is sponsored by the Kingdom of the Netherlands and the Creative Industries Fund NL. 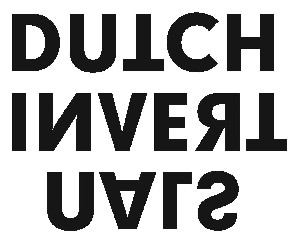 Video tour of the exhibition