The world of games is defined by victory and defeat, chase and pursuit or by riddles and conquests. Avatars, puppets and pawns act as representatives on screens, stages and gaming boards. These figures come with a certain set of abilities and characteristics, providing the game players with room to manoeuvre and with super powers.

‘Play up!’ showcases precisely these mechanisms and, with exhibits such as masks, puppets, figures, boards, screenshots, trailers, props or textbooks, the exhibition highlights the cultural roots of games, as well as their function and historical development.

The show is divided into six thematically different levels. With surprising juxtapositions, it opens up new perspectives on different game worlds. In the “Transformation & Embodiment” level, visitors will be immersed in the world of role playing. Action role-playing games like Diablo III for computers and consoles hark back to a rich repertoire of older and newer (game) characters. Nineteenth-century toy theatres already came with catalogues and patterns containing defined characters. Like avatars, traditional masks, hand puppets or marionettes allow playing beyond familiar physical and social roles.

The “Power & Abstraction” level is most clearly manifested in chess. Toy soldiers made from tin or paper have a long tradition. In 1780, Johann C. L. Hellwig, a mathematician from Braunschweig, created a chess-based war game with board and paper figures, which, in 1812, was developed into a large game table for Frederick William III. Insignia of power, such as those that crowned the action on baroque stages, can also be found in computer-based strategy games like Crusader Kings 2, where the interface is framed by symbols of power.

Qualities like joy, fun and exuberance are part of the nature of game playing as are ecstasy and excess. These alleged ‘dark’ sides of game playing are highlighted in the “Ecstasy & Excess” level. Basil Crage’s costume designs for the 1909 ‘ecstacy ballet’ are representative of the exuberance and ecstatic consumption in the cabarets and music halls of the early 20th century. Robbie Cooper’s video clip uses a change of perspective to show the tunnel-like pull of video games. He shows frontal views of young ‘immersed’ players while the corresponding computer games are only present in the form of sound.

The exhibition is developed in collaboration with Institut für Medienkultur und Theater (The Institute of Media Culture and Theatre) and with Theaterwissenschaftliche Sammlung der Universität zu Köln (The Theatre Collection of the University of Cologne). 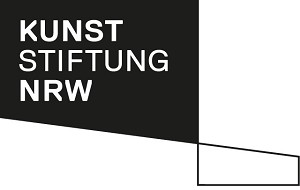 Are you planning a tour with your friends. It is necessary to register groups with 10 persons and more here.