With about 200 selected pieces, the exhibition at the MAKK will provide an impressive panorama of 50 years of contemporary jewellery design from Denmark. The show will also feature about 30 examples from the MAKK’s significant jewellery collection, which will be integrated to form a dialogic discourse.

Jewellery as an independent art form has a long tradition in Denmark. Based on the influences of the Arts & Crafts movement around 1900, an independent design language developed from 1916 onwards. It was characterised by a simple yet expressive minimalism that is still considered a hallmark of Danish jewellery design today. But there is so much more to contemporary jewellery design made in Denmark: it independently reflects and interprets the respective epoch against the background of cultural, aesthetic and social issues.

The exhibition title refers to the jewellery collection of the Danish Arts Foundation. As a state institution, since 1978, the foundation has been building up a ‘Jewellery Box’, which today comprises about 340 pieces that are permanently shown at the Koldinghus Museum in East Jutland. A special aspect of this collection is the Vores Smykker loan scheme, which was developed in 2007 based on the concept that jewellery is created to be worn on the body. Danish citizens, who play an active role at an official public event, may borrow elaborately designed rings, colourful necklaces or experimental brooches for the respective event in Denmark or abroad. The ‘jewellery borrowers’ become ambassadors of jewellery art and allow for accessibility and dissemination, by actually wearing the jewellery, thus creating a dialogue with the population.

The MAKK’s jewellery collection, which will be presented as an independent show collection from 2022, comprises more than 1,500 objects from antiquity to the present. In the Danish Jewellery Box, 27 selected examples from renowned German and international jewellery artists are juxtaposed with Danish jewellery design. In particular, the MAKK will show works by Peter Chang, Wendy Ramshaw, Dieter Roth, Peter Skubic, Falko Marx, Bernhard Schobinger, E.R. Nele and Johanna Dalm.

The exhibition is being staged in cooperation with The Danish Arts Foundation and as part of the German-Danish Cultural Year of Friendship. With exhibitions, concerts, theatre performances, debates, artistic projects and platforms, as well as with cultural exchange and tourism, the Year of Friendship serves, on the one hand, to deepen the excellent cooperation between Denmark and Germany and, on the other hand, as an international initiative for peaceful and future-oriented coexistence in the 21st century. 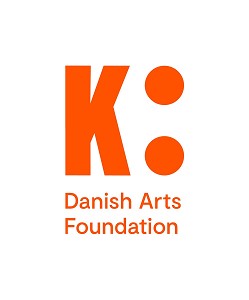 Insights into the exhibition

With short texts by the curator and jewellery artist Mette Saabye, we offer you here, week by week, insights into the 12 themes of the exhibition.
> more